A Quick Trip to Macedonia

In October we took another weekend trip with friends to the Popova Kula winery in Macedonia. This time we took a daylong hike and saw some beautiful scenery and met some very interesting people.

The clef you see in the photo below is call the Iron Gate. This is the place where people were able to pass through the mountains from Greece and beyond to western Europe. For ages this pass has seen conquering armies, merchants, traders, adventurers and just plain people move through it. And they still do. In the nearby town of Stobi there are Roman ruins dating to 100 BCE but the area had been inhabited for thousands of years. This pass is very important. 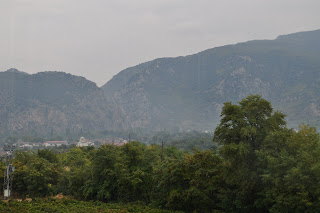 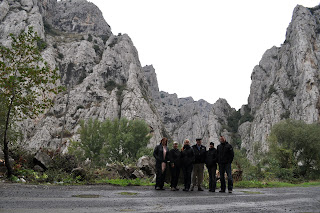 On our way to the hike we passed through this tunnel which was built by the German army in World War I. 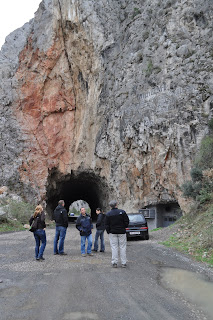 Here is the inscription beside the tunnel which states that Wilhelm II, German Kaiser and King of Prussia, built this tunnel in 1916 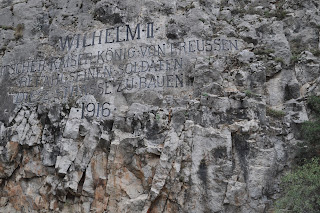 A shrine we happened upon. These shrines are quite common in the mountains. 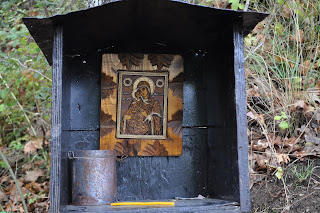 Wild pomegranates growing alongside our path 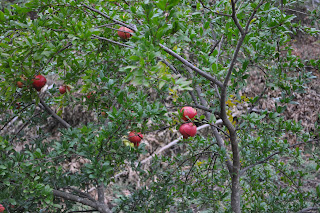 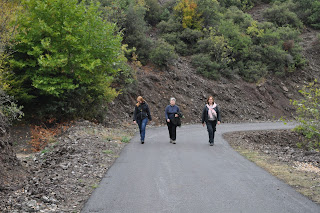 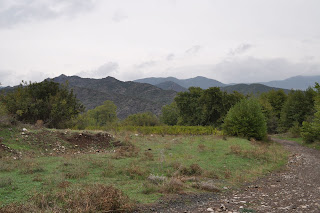 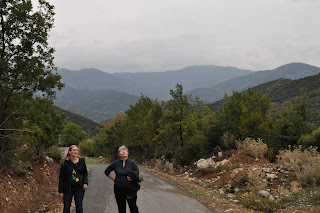 This is a little station built by monks - a place for them to pray and be solitary. 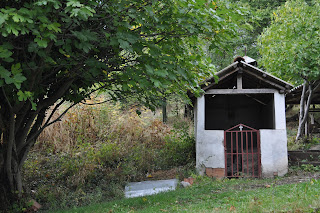 These are huge cliffs running along the mountains. They made the people really happy to see the Iron Gate. 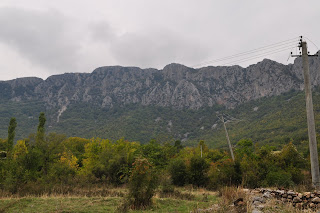 Our first resident of the mountains. This little lady was so happy to see us. 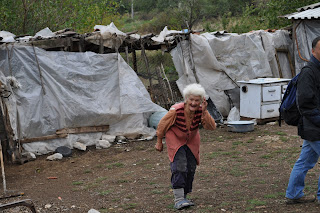 Although her living conditions were very primitive, she did have a TV antennae 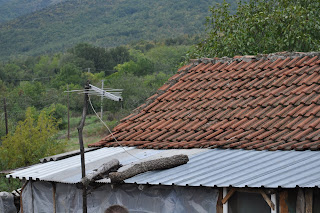 There is a beautiful old church at an abandoned village. In the 1840's the murals inside were restored. It was quite a find in what seemed like the middle of nowhere. 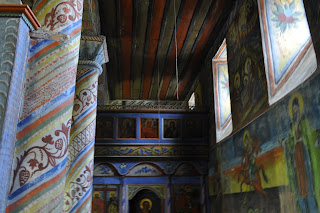 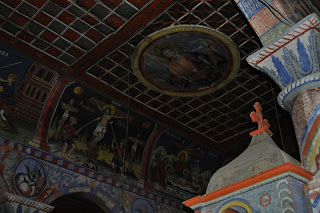 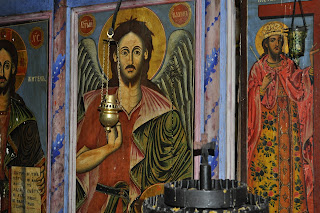 The murals were painted to instruct the people who couldn't read. This is pretty much the whole tale of salvation on one wall. 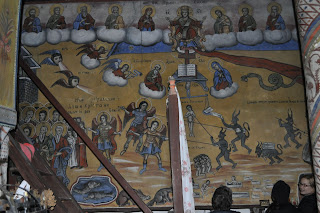 There were juniper trees growing in the church yard. I thought the berries were pretty. 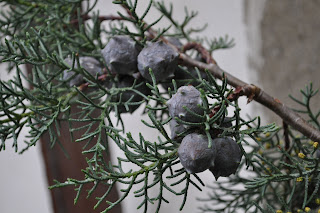 A local goatherd and his companions. 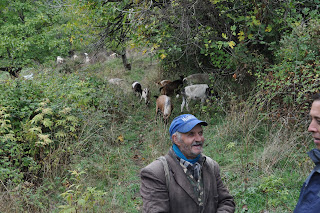 Another local resident. He had such an interesting face. He invited us to come to his home and have some refreshments. 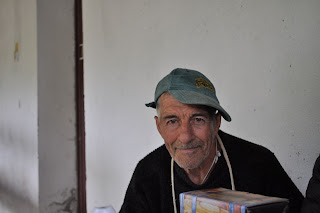 Here is his place and his wife. This is their front yard which they share with goats, chickens, dogs, cats and whatever else wanders in like hikers. 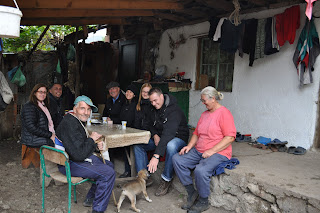 Charlie enjoyed the rakia - a deadly version of grappa. 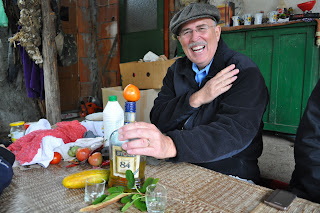 His wife had just made some goat cheese so we were able to try it. It was so fresh it was warm. 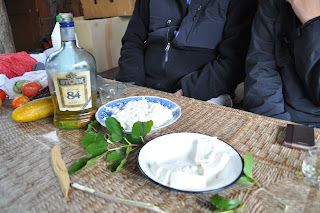 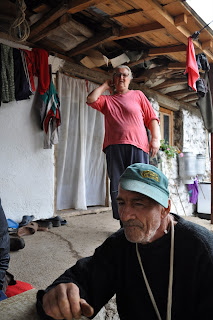 I forgot to mention that they shared their yard with a satellite dish, too! 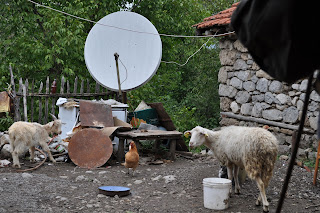 This is their garden of pepper plants. Peppers are a staple of the Balkan diet. If you look closely you can see a few ripe red peppers. 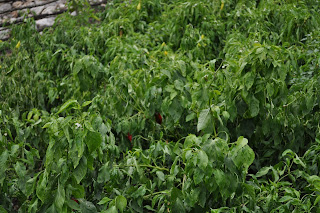 Here is a very old stone wall we passed. 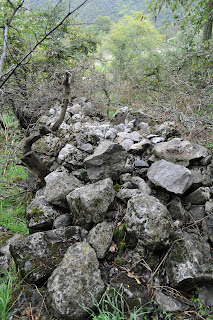 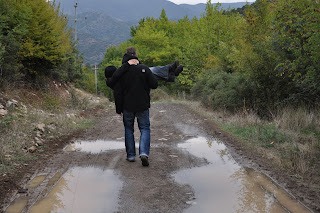 We had quite a day on our hike but an even better night with a wine tasting and dinner. Please note the number of wine glasses. It was a good time! 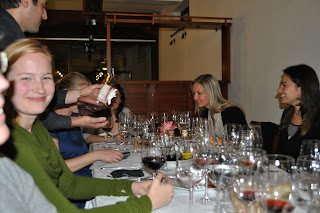 Posted by Charlie and Kathy's Big Adventure at 10:51 AM