The Battle of Kosovo is at the center of Kosovar history. The result of this battle, fought on June 15, 1389 between Serbian Prince Lazar and Sultan Murad I, was the complete crumbing of the Byzantine Empire by Turkish armies. The Ottomans eventually marched all the way to the gates of Vienna before being stopped. The Ottomans ruled Kosovo for over 400 years and left a significant imprint on this culture.

The Battle was fought on the plains between Pristina and Mitrovica. This monument was built by the Yugoslavian government overlooking the battle site. 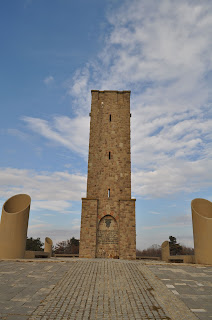 It is quite large and has an inscription in Serbian. 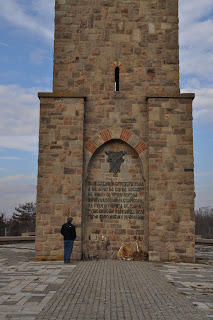 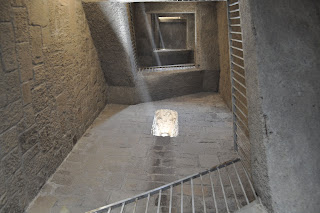 The climb was worth it. There is a map of the battle and an excellent view of the battle site at the top of the tower. Estimates of the forces go as high as 40,000 Ottomans and 30,000 of Lazar's coalition. Only a few thousand of either side survived. There weren't any really good accounts of the Battle left so much of the information about it is conjecture. 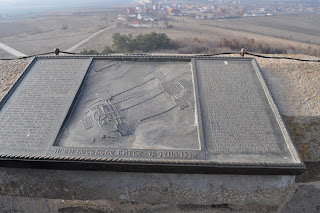 Murad's troops on the left, Lazar's on the right. 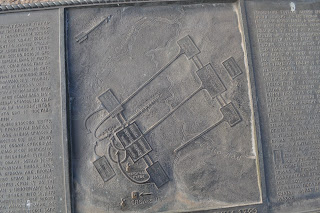 The plains where the battle was fought. 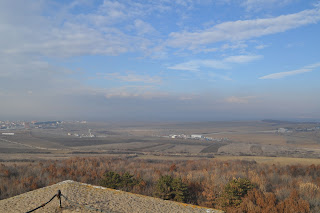 In the distance you see a small tomb. The fallen Ottoman Banner men rest there. These men led Murad's troops into battle carrying the Banner of the Sultan, a very high honor which won for them a nice tomb in Kosovo. 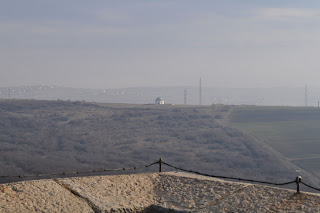 Going down the tower was a bit easier. 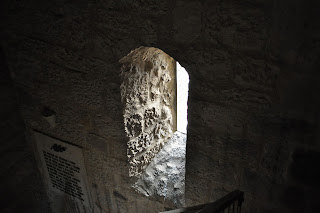 At the battle, Sultan Murad was killed. I think he is the only Ottoman Sultan to have died in battle. In the photo below you see his tomb where his internal organs are interred. The rest of his body was sent back to Turkey. The same family has been caretaker of this tomb for hundreds of years. Their descendants maintain the job today. 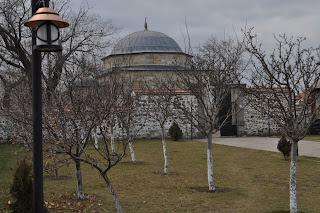 The tomb is located in a very small village between Pristina and Mitrovica. The Turkish government helps with its maintenance. 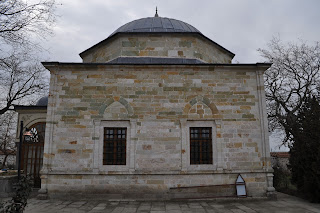 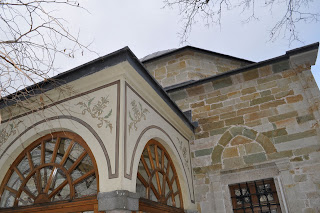 These are the caretakers. We got there on cleaning day. 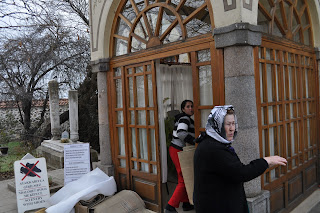 This is an ancient, ancient tree in the courtyard. They are trying to keep it alive after it split down the middle. That's concrete you see in the middle. 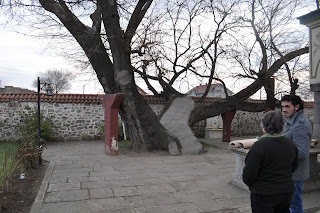 The inside of the tomb is quite simple. 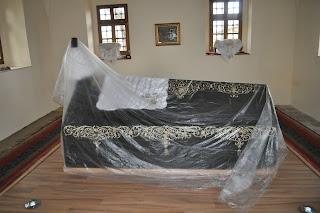 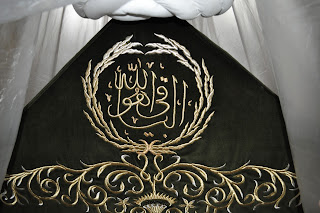 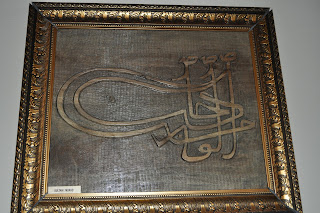 The Turkish government also maintains a very interesting museum near the tomb. I thought the museum had a definite Turkish slant on history but they do own it! Nonetheless it is definitely worth a visit.

Some local village traffic on the road back to Pristina. 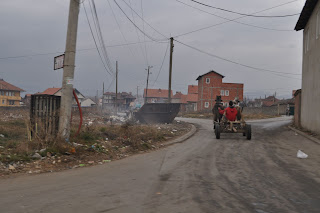 I just had to take a shot of the electric generating plant just outside Pristina. The air pollution is really terrible. 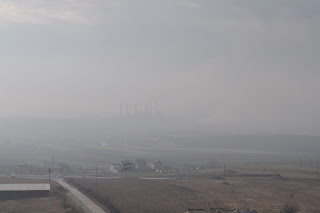 This area is so rich in history. And it's history that is not very well covered in the West. I am glad we were able to learn more about the events that lead to the development of this  multifaceted culture


Posted by Charlie and Kathy's Big Adventure at 6:10 AM