I can't believe it is almost October! Where has the time gone?!

We have had quite an eventful summer. My last post was about our trip to Ireland in March. Since then so much has happened. In April we spent a wonderful week in Paris. In May we returned to the US to celebrate the birthdays of our grandsons. Leo was one on May 14 and Charlie was two on May 19. I then stayed on in Council Bluffs until early June.

Shortly after retuning to Pristina in June, Charlie's mother was moved to hospice care. We came home again to visit her and I stayed on until her death. She was an exceptional woman and died August 4 on her 99th birthday. Charlie's brother and two sisters, along with me, as Charlie's "representative", sang Happy Birthday to her that day. She passed on just a couple of hours later. It was a good and peaceful passing for a good and loving woman.

The last week of July there was some unrest in northern Kosovo which caused some concern. The border crossings from Serbia into Kosovo are tense because the Serbs there refuse to recognize Kosovo's independence (There are many reasons behind this) Unfortunately, a Kosovar police officer was shot and killed at a border crossing. Things have settled down a bit but nothing is really resolved. The governments are talking but the issues remain. Hopefully, they will reach meaningful agreements very soon so the borders can function properly and goods and people can travel without incident. Unfortunately, the barricades remain up. We'll see what happens next.

I have been wanting to show you some everyday sights in Pristina. Now seems like a good time so...

This is Pristina. The city is located is a pretty setting surrounded by mountains. Much of the architecture is of the old communist Yugoslavian era. The large building on the left with the "spires" is of that era and houses a small shopping center and a large youth center. The new "skyscraper" is the new European Union building.
This is the Supreme Court building where Charlie works. It is located on a main street downtown. I'll do more on Charlie and his work in another blog. 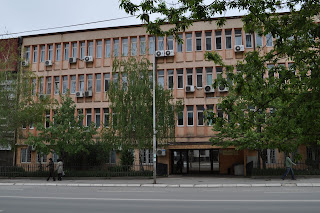 This is a pretty typical downtown street. Since there is not enough parking cars park just about anywhere including the sidewalk. 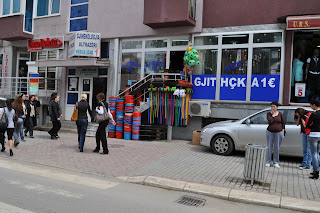 This is Mother Teresa street. It was converted into a pedestrian walking mall and on weekends in the spring and summer various merchants set up stalls to sell their wears. That's a popcorn wagon on the left. 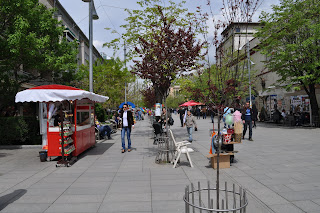 Last weekend we went strolling along Mother Teresa and saw some such merchants. This stall sold traditional Albanian costumes. The ones below are for boys. 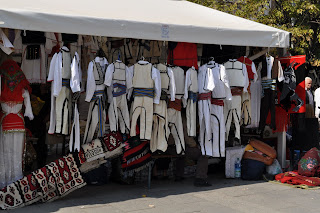 This is a girl's costume. These items are supposed to be handmade, even the shoes. The embroidery and hand sewing can be very intricate, often with much beading. The shoes are interesting, too. 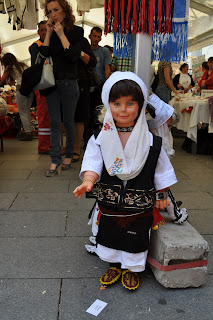 This man is making traditional hats for men. We were told that these hats are worn by the head of the house to signify his place in the family 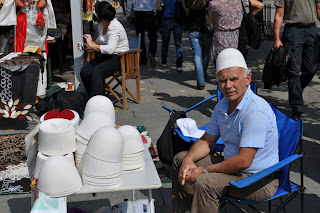 Here is a man wearing his hat. They are usually older men, often in suits. In the winter they will wrap a scarf around the base for warmth. It looks a bit like a turban. 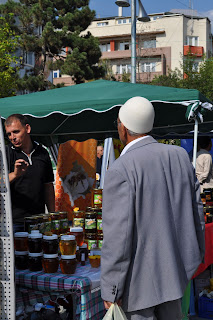 This man was carving flutes.  He has his hat on, too. He ws so happy to get his picture taken! 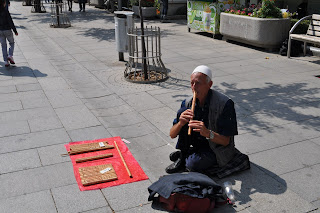 Honey is quite the product here. There are lots of different types and flavors.  This stall was selling honey made from pine trees. It had a unique flavor but I prefer honey from flowers. 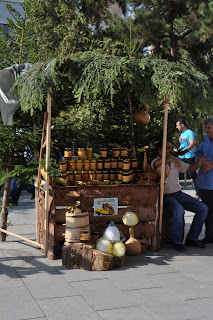 We enjoyed the market. It is nice to have a a pedestrian area in the city for this kind of activity.

Just off Mother Teresa there is a new hotel going up - a nice example of improvements. 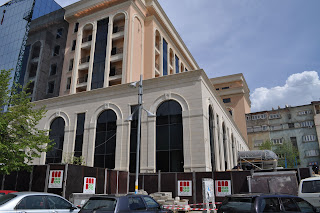 Kosovars love their coffee! This is one of my favorite coffee shops, Amelie. In the afternoon it is full of students from Pristina University. It is very modern and the coffee is really good! 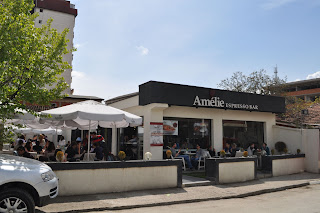 Our local pet store. There are two vets here who take great care of Sadie. 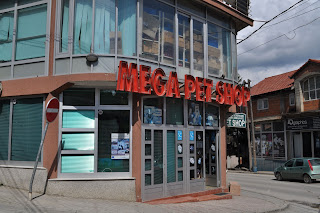 I had to take a photo of this sign. 3M in Kosovo! My father - who worked for 3M his entire career - would love it! 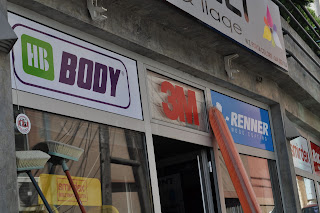 This is Pristina's electricity plant.  It burns soft coal so the pollution is terrible. They do have a few wind turbines set up on the hills near the airport but electricity is a big issue here. 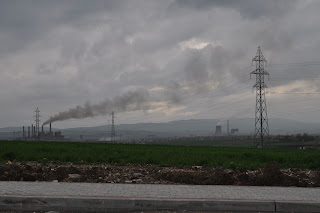 This sight is not really too uncommon here. Oftentimes the horses are decorated with ribbons and bells. And the different variations on wagons is very interesting. 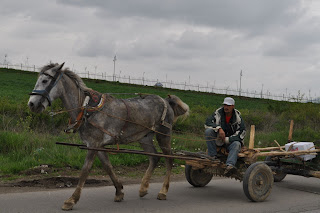 Spring is very beautiful in Kosovo. The fields are covered with flowers like this, especially the beautiful red poppies. The locals call them "blood flowers" because they are said to  have sprung up from the blood shed at the battle of Kosovo in 1380 when the Turks defeated them. 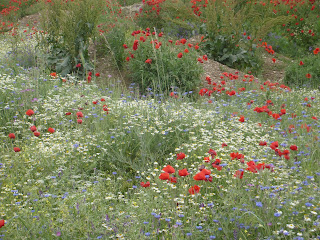 I'll end for now with this lovely photo. More later on Charlie's work and our place. It's good to be back.


Posted by Charlie and Kathy's Big Adventure at 6:10 AM